Gstaad is one of these ski resorts where you can ask yourself “But where do you ski?”. In fact Gstaad Mountain Rides is a collection of different ski areas grouped into “sektors” broadly centred on Gstaad but with the main slopes actually some way outside Gstaad itself, a pretty little town in what is a very rural setting for all its jet set status (and adjacent private airport). The most appealing areas have previously been the glacier on Les Diablerets (Sektor 4) and the largest area in Sektor 1 linking Zweisimmen with Saanenmösser and Schönried. Here a new piste for 2010/11 with snow cannon between Rinderberg and Ronda will make this area easier to get around for less experienced skiers. However, a number of other enhancements have been introduced or are planned to significantly upgrade what was already a pretty decent resort. 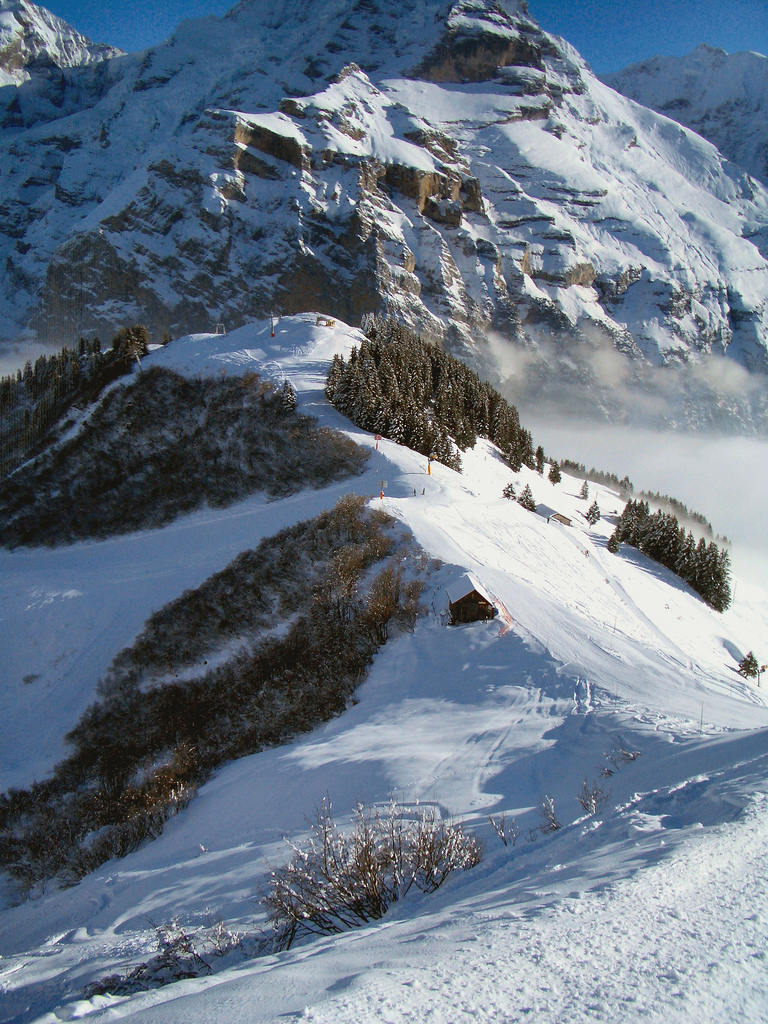 Also in Sektor 1 is the area linking Schweizerdeutsch-speaking Gstaad and Saanen with French-speaking Rougemont, and for 2011 this area has seen some significant improvements.

A new Rougemont-La Videmanette 8-seat gondola has been operating since Christmas, barely 5 months since construction began. From the valley station at 968m it takes 10 minutes to get to the 2152m top station, and can shift 1400 people an hour.

Meanwhile, above Saanen a new four-seat chairlift Chalberhöni-Vorderes Eggli leaves from the same point of departure as the chairlift Les Gouilles and provides access to the highest point on the Vorderes Eggli. This makes the whole area much esier to get around and makes a welcome addition.

The two projects represent an investment of over CHF 25 million, and further investment is planned through until 2018.

For the first time, public transport is now covered by all ski passes this winter. The passes are valid for free travel on the train between Rossinière and St. Stephan as well as on the PostBus between Saanenmöser, Col du Pillon, Turbach and Lauenen during normal operating hours of public transport. The Swiss Railways Snow&Rail deal is particularly attractive for getting to Zweisimmen where the station is directly adjacent to the Rinderberg valley station. Château-d’Œx also has the cable car not far from the station and Rougemont is about 10 minutes walk from the station to the new gondola.

Children aged 9 and under can travel for free on all mountain lifts.

One of the great things about Gstaad and Saanenland is the weath of things to do. The area has been nominated by the ADAC ski guide as one of the three best cross country resorts in the Alps, and there is a range of other winter sports and diversions on offer. Château-d’Œx in the Sektor 3 ski area, once home to David Niven and M.C.Escher, features one of the most spectacular events in the Alps – the world famous “Balloon Week” in the last week of January, where up to 100 balloonists gather each year. For foodies there are plenty of excellent mountain restaurants, and in Gstaad the Michelin-starred Chesey features many Saanenland delicacies. Other highly-rated restaurants in the latest Gault & Millau restaurant guide include the ‘Prado’ of the Grand Hotel Bellevue and ‘Restaurant Golfclub’ in Saanenmöser.

The Grand Hotel Park reopened following a major renovation on 17 December 2010 and will have special mid-week deals in January and March, from Sundays to Thursdays. Ermitage Golf Hotel in Schönried is being renovated throughout 2011. For a bit of off-beat romance Igloo Village Hotels offer new igloo suites on the Saanerslochgrat above Saanenmöser.