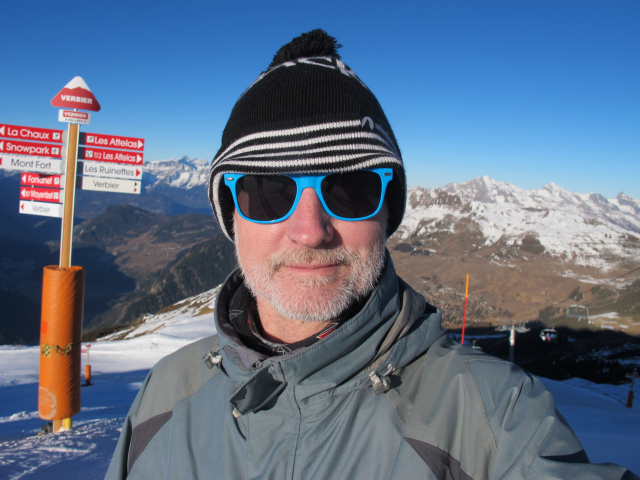 With a wealth of ski resorts to choose from, I chose to visit Verbier today. I will be checking out Zermatt next week, and had considered taking in Saas-Fee, but there are not many places that have any great extent of piste open. 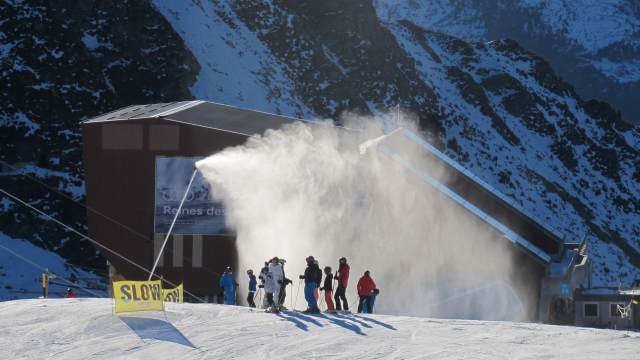 There has been precious little snow since November, and with freezing levels rising above 2000m at times, resorts have struggled to keep a significant number of runs open. Snow machines have been judiciously deployed, meaning many upper runs with snow cannon are in good condition.Resort runs shielded by trees and some lower lying North-facing runs are also looking good, but even with cannon many South-facing runs are patchy, with exposed sections. Almost 50 Swiss resorts have not been able to open at all, and less than 40% of Swiss ski runs are open according to information published by the Swiss Tourist Board. 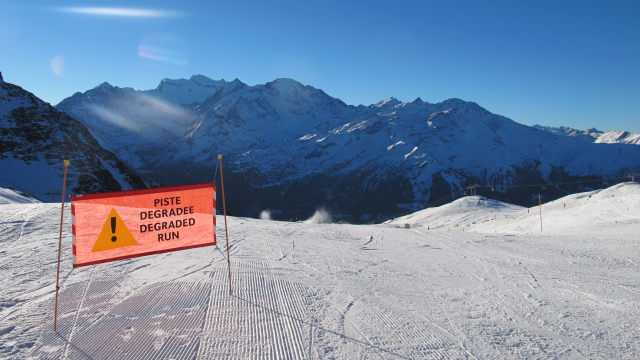 Unprepared runs are generally closed and off-piste skiing is all but non-existent. Despite the bravado of some resorts, I doubt if there is anywhere in Europe with decent skiing outside of prepared runs with snow cannon. Annoyingly this means a lot of useful cut-throughs and alternative routes are closed, funnelling skiers and snowboarders trying to get back to resorts to a limited number of routes (or even needing to take lifts down). There is also something dispiriting about vistas customarily snow-covered being brown and bare – just see how Verbier looks now: 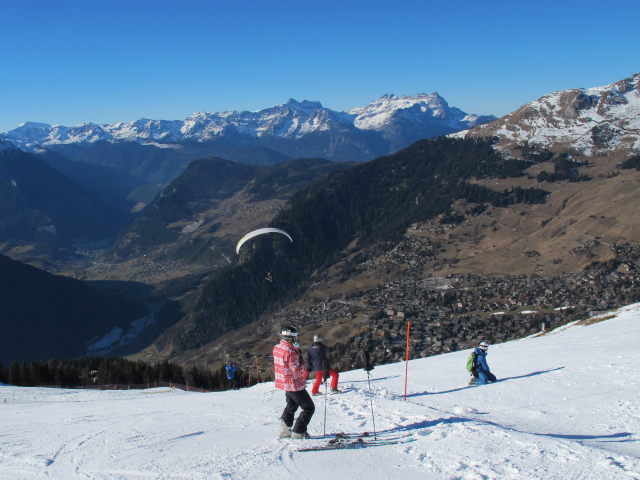 as opposed to normally in the season:

However, all is not despondency and gloom. The sun is shining, slopes are open and – although the short-term prospects for new snow are poor – the season is still young.

Predictions of a good dusting of snow across the Alps last week failed to materialise. Furthermore the temperatures did not drop as much as predicted and lower slopes continue to suffer. Web cams from around the resorts are rather depressing.

As a result the resorts that are providing the best skiing are high, and my Xmas skiing is looking like it will be limited to Verbier and Zermatt.

What is the outlook like for the next few days? Not promising, but things will improve. Whether it is global warming or unconnected climatic variations, early season snow conditions have been poor for the last three years, but have improved into the New Year. At last fresh snow is coming to the Alps! The temperatures will drop below zero in most resorts from tonight for at least the next ten days. Sunny skies are expected until Wednesday and Thursday when modest snowfall is expected. I say modest, but Zermatt is expecting about 78cm, Saas Fee about 35cm and St Moritz and Andermatt about 23cm. Resorts of Bernese Oberland and most of Valais should get at least 10cm of snow.

The sun will come back next Friday, but temperatures will remain low so I’m sure the snow cannons will be busy on lower slopes and patchy South-facing slopes to make sure there is good cover for Christmas. And as it stands, things are looking pretty promising for Christmas, especially Christmas Eve.