Chateau d’Oex in the Pays-d’Enhaut is the most Easterly French-speaking winter sports resort in Switzerland. It is denoted Sector 3 of the huge but largely unconnected Gstaad Mountain Rides network, most of which is in Saanerland in the Bernese Oberland. It is one of the few valley stations in the circuit that is easy to reach by public transport (Zweisimmen being the easiest) but is also fairly easy to reach by car from Berne, via Bulle and Gruyeres. Indeed, Gstaad Mountain Rides is probably the only winter sports area in Switzerland where a car is a good option – for those flying in by private jet to Gstaad airport there is a good Range Rover rental company nearby! 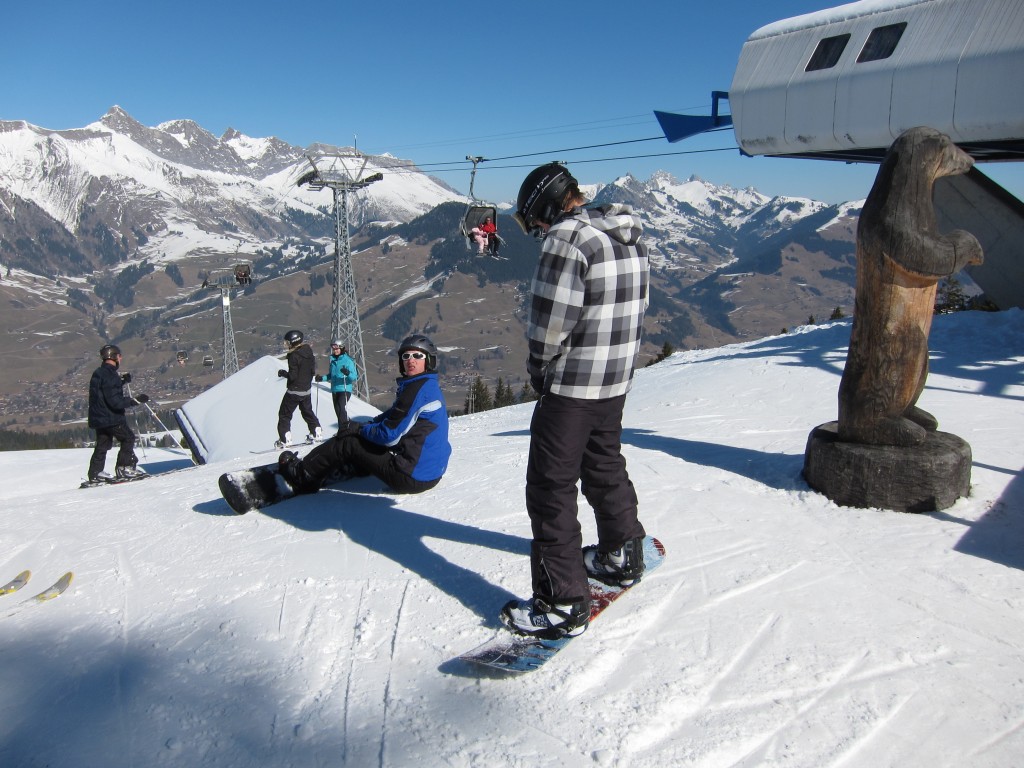 Chateau D’Oex is most famous for its thermals and balloon festival in January, and once was a favourite ski resort with the Brits, but probably fell out of favour because of it’s height – the top station at La Braye is only 1630m. There are a number of quibbles you can have with the resort as well as it’s altitude. No valley run except to nearby Gérignoz,  the awful t-bar from Bois-Chenau which you need to take up from the Gérignoz chairlift to get back to La Braye, old equipment,  a modest vertical, only one mountain restaurant…

But on the bright side, it’s a lovely, friendly resort with 40km of pistes for all abilities and it is usually totally uncrowded at weekends. After the frequently-run valley cable car gets you up the mountain you can rely upon the efficient covered two-person chairlift to give you access to virtually all the terrain, including blue, red and black runs and some off-piste and a fun park. The runs are mostly North-facing and through the trees and are generally wide, well-groomed and easier than their designation. The restaurant at La Braye is good and (like everyone here) very friendly, and also doubles up as a ski-in, ski-out b&b at a respectable CHF25 for adults (less or free for kids; half-board is also available). The ski school seems good and English is widely spoken at the ski school, restaurant and lift office. The lift pass in 2010/11 is CHF42 for an adult for a full day, much cheaper than the main Gstaad area, sector 1.

An up to date resort report is located at the Swiss Winter Sports web site and a Dutch language version here.