The Daily Telegraph has just identified what it thinks are the 15 cutest village ski resorts, and I have to disagree with their choice. For instance, Zermatt “cute”? Hardly. Car-free, rocking, beautiful, busy… but cute? And hardly a village. In my opinion most of the cutest villages have limited pistes and antiquated lifts – which is maybe how they tend to stay cute.

Anyway, for what it’s worth, here’s my list of villages in Switzerland that are both cute and have access to plenty of the white stuff, in no particular order (click on the links for more info): There has been precious little new snow in the Alps in December. Some resorts have not seen fresh snow since last month, although some precipitation is expected Thursday and Friday. For most resorts that should mean fresh snow, but temperature are unseasonably warm after a chilly start to the season. Indeed Meteo Swiss expect temperatures to remain above average well into the New Year. 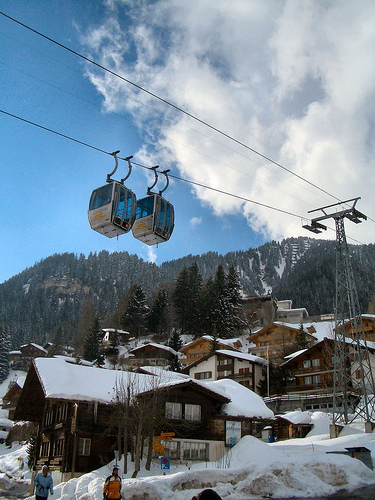