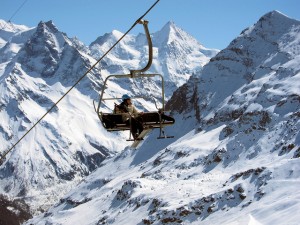 The Swiss Cableways Association recorded a dismal start to the 2014/15 season with a decrease of 28.2% in lift use and a decline of 12.9% in revenue in the period to 31st December. The season started brightly in November but the warm conditions in much of December meant many lower slopes were not even able to use their snow cannon and some lower resorts delayed the traditional opening in time for Christmas, reports Andreas Keller, the Assocaition’s Head of Communication Division. Not surpisingly, higher resorts in the Engadine and Valais fared best. However Keller is upbeat about the prospects for the rest of the season, with improved conditions leading into the New Year.

By region this was the picture for the early season compared with the same period last season in percentage terms:

The resorts of Eastern Switzerland did the worst, probably from a combination of a lot of low runs in these resorts and the allure for many Zurchers of seasonal shopping as an alternative to being in the mountains. Ticino’s unexpectedly upbeat position is simply a reflection on how dismal thigs were last year when many lifts were closed early in the season and avalaanche risk was high.