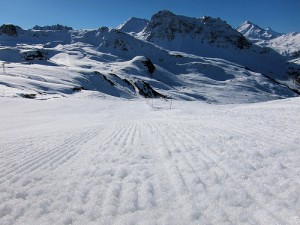 Voters in Graubünden have vetoed bidding for the winter Olympics in 2022, due to have been centred on the towns of St Moritz and Davos. A slim majority of voters, 52.7 per cent, rejected a proposal to set aside CHF300 million for the organisation of the games, despite the two main towns coming out in favour.

Switzerland has held the winter Olympics twice before, in St Moritz in 1928 and 1948.

Backers of the 2022 bid said it would be sustainable, lead to extra funding for the transport infrastructure, create jobs and boost tourism.

Opponents were largely worried about the cost and environmental concerns, and there was some suspicion of the IOC itself (based in Lausanne).

However losses recorded by previous games clearly influenced voters. A study from the University of Oxford claimed that since 1960 the cost of hosting the Olympics was on average 179 per cent higher than the initial budget.

With Switzerland struggling to retain market share in the winter sports market, the decision not to host the games will do little to arrest the decline, but clearly local concerns in what is an intensely conservative canton were not adequately addressed by the organising Graubünden 2022 committee.