In what is a relatively expensive country to visit, the WEF really is about the privileged few. They are in town to put the world to rights, and most have come in on private jets.

With basic membership at a cost of 68,000 Swiss francs (£55,400), you get access to general sessions of the WEF. For just under SFr 700,000 for five people you get full access – provided your number includes a token woman.

But of course most people are not in town to hear what they could read in the papers. They are here to mingle, network or to party. Or all three.

Apparently you know you are part of the in crowd if you get invited to the party thrown by Russian billionaire Oleg Deripaska at his palatial chalet up the mountain from Davos. Regulars include people like Tony Blair, and you can guarantee the opportunity to hear the great and the not so good bend your ear about how issues such as inequality and the environment can get fixed. I kid you not, these are the two hottest topics at Davos.

And all this before everyone gets to go home on their private jets at nearby Dübendorf military airfield, escaping the traffic jams of chauffeur driven cars or the inconvenience of mixing with the hoi polloi on Switzerland’s immaculate railway system, burning as much fuel in one hour as a typical car does in a year.

Amongst those jetting in will be London’s mayor, a champion of public transport, who may be interested to hear that he could have got from his home in London to Davos and back entirely by train.

So what else can you do in Davos apart from put the world to rights over a glass of Dom Perignon? Well, how about ski or snowboard!

Davos is one of the very best places in the world to hit the slopes. As the Swiss Winter Sports web site puts it “Really very extensive slopes and bags of off-piste options – probably stands alongside the Engadin and the 4 Vallées as somewhere you could easily spend a whole season. Davos Dorf has access to the fabulous snow-sure Parsenn it shares with Klosters, but there is also good on and off-piste on other mountains served by the lifts from the town, for example the Jakobshorn from Davos Platz and the Rinerhorn from Glaris. In addition you can access the small areas at Pischa and Schatzalp or, from Klosters, access the Madrisa.”

After a slow start to the winter sports season, Davos has had a lot of snow in recent days, with around a metre in the town, temperatures below freezing and perfect conditions on the slopes. Expect clear, sunny skies for the forseaable future.

If you choose to visit once the problems of the world have been debated, Davos is only an hour and a quarter by train from Zurich. 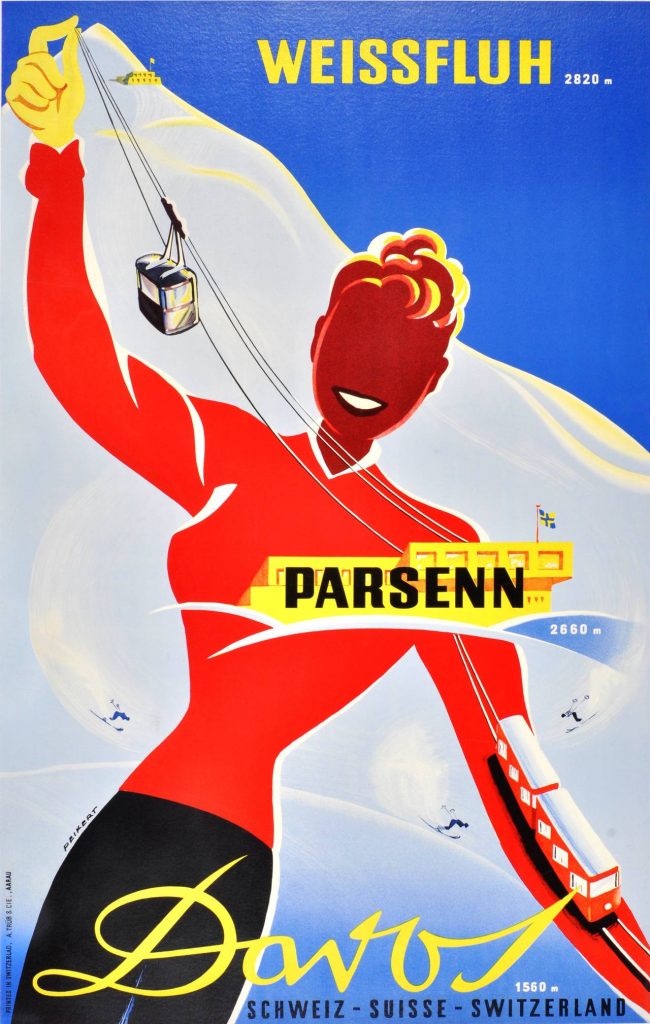