The Swiss Institute for Snow & Avalanche Research (SLF) recorded 27 deaths from Avalanches in the winter season 2021/22 up to the end of March, double the number for the previous year and the moving average over the last 20 years. All the victims were winter sports enthusiasts on unsecured terrain – 11 back country and 16 off-piste – and a quarter were in the Verbier area.

Why do skiers and snowboarders get killed by avalanches, I have often been asked. Can’t they just ski out of the path of the snow slide?

Simply put, it is almost impossible to out-run an avalanche. A skier normally travels around 30km/hr, whilst an avalanche can exceed 100km/hr, faster than all but the fastest skier can travel in perfect conditions. Additionally a skier may not be aware that an avalanche has formed until it is upon them, as they can begin with little warning and an almost imperceptible change in the condition of the snow. Then, very rapidly, the force of the product of the mass and acceleration of the slab of snow is capable of knocking over anything in its way.

An avalanche typically contains many hundreds or thousands of cubic metres of snow, and the snow consistency is often heavy once it settles. One cubic metre can weigh 500kg, so if you are under an avalanche that has settled you cannot normally lift yourself out of the snow. You would need to dig your way out, and that could well be through a substantial layer of snow. It may not even be clear which way is up. Your best chance of survival is that someone else is able to dig you out – assuming they know where to dig.

Even if a skier is conscious and knows which way is up when they have found themselves under an avalanche, the snow will likely encase them such that they are unable to move. The air pocket around their face will be unable to sustain them for more than a short period, perhaps a few minutes. 85% of avalanche deaths are due to asphyxiation.

The impact of the avalanche may well have made the skier unconscious or caused serious injury. In 15% of avalanche fatalities trauma is a factor. Avalanches often include debris such as trees and rocks, and in turn may sweep a skier on to rocks or other hard objects.

If a victim of an avalanche is not killed by the impact and is dug out within 5 minutes there is a 90% chance of survival. If they have been able to create a large enough air pocket a survival time of an hour is possible but is rare.

I have talked in an earlier article about how important it is to have some form of beacon, such as a RECCO reflector, in ski gear to improve the chances of being found. If you do survive an avalanche, it is likely because of some one else’s preparedness.

Ski.com has a short-term contract for a suitable applicant. Requires candidate to work flexible hours.

Requirements: must be able to ski and/or snowboard. Must love après, mingling with locals and documenting new experiences (GoPro provided).

To apply, interested job seekers must submit an application video between September 5 and October 15, 2018 explaining in 60 seconds or less what makes them the perfect candidate. For more information and to apply, applicants should visit www.ski.com/dreamjob 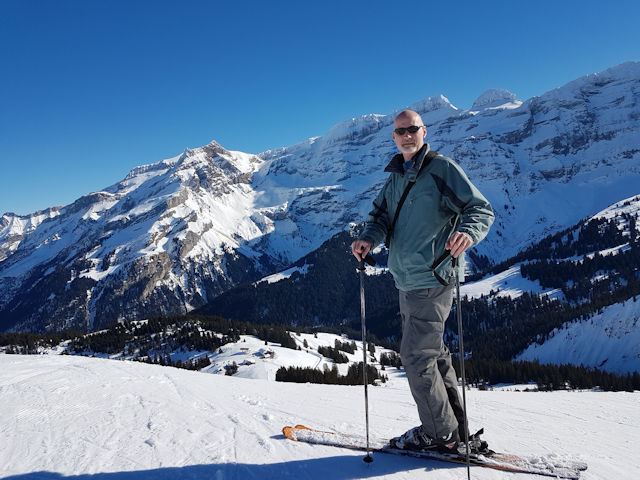