Saville’s, the London-based property services group, published its annual survey of the Alpine property market. It is an interesting read, and in tribute to the Economist’s Big Mac index publishes a Kakao index – how much is a hot chocolate. On this index Gstaad, St Moritz and Saas-Fee rate amongst the ten most expensive resorts in the Alps, but perhaps more surprisingly is that Switzerland isn’t consistently the most expensive. Indeed, on a number of criteria, Switzerland is not so expensive, although it languishes a distant fourth in terms of number of ski visits amongst the Alpine nations. However, it also boasts the best resorts in terms of season duration and snow conditions.

The report focuses on premium ski resorts and the prices are truly eye-watering. However, what interests me as a potential investor in the Swiss property market, is the spread of prices. A small village, with good transport links to a major ski area, provides properties at a tenth of the price of property in a resort like Verbier. The discerning Swiss property buyer can still find bargains. For those who have money to burn, however, a chalet in Verbier recently came on the market for a mere 45 million euros!

The full report from Saville’s is here.

Patrick Thorne writes for InTheSnow (http://www.inthesnow.com/feature/skiing-tracks-rich-famous/) about some of the celebrities who ski. There are some interesting gems. Apparently Prince Charles took Princess Diana to learn to ski in Lichtenstein – presumably Malbun – to avoid the media expecting them at the Walserhof Hotel in Klosters, well known as a royal favourite. Prince Harry, it is claimed, prefers St Moritz, as does King Carl Gustav of Sweden. Charlie Chaplin was reputedly the first man to drive to St Moritz in the winter and Alfred Hitchcock kept a suite at the Palace Hotel for many years. Sophia Loren, however, preferred Gstaad and the Gstaad Palace. David Niven was a near neighbour, choosing to winter in Chateau D’Oex.
I am not sure how many of the rich and famous actually ski at Davos during the World Economic Forum (21–24 January 2015), but you could do worse.
George Michael stayed at the Ferienart in Saas-Fee, Switzerland, 30 years ago to film the video for Last Christmas. 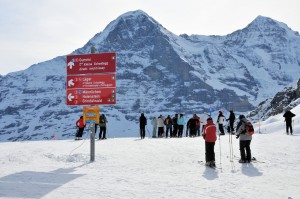 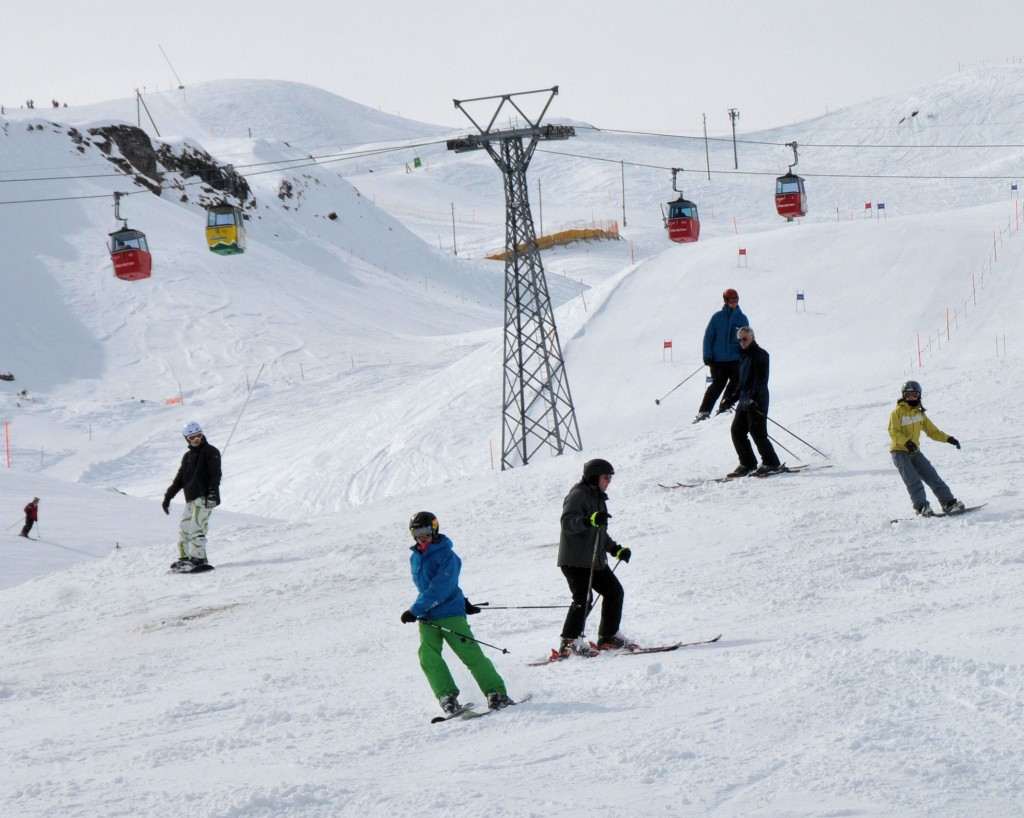