Alpine Sports always carry an element of risk, none more so than base jumping, where people throw themselves off the tops of mountains and other high altitude platforms wearing an outfit called a wingsuit. This week that risk was brought to the home of Alpinism.

Ramón Rojas, known as the Birdman for his daring base jumps, has died while flying using a wingsuit in the Jungfrau. 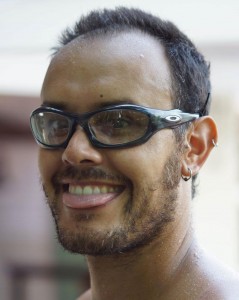 Ramon was a 35 year old Chilean-born professional base jumper who only last month broke the world record for the highest base jump in history, from 4100m in Cerro El Plomo, Chile.

Apparently he was in training in strong winds for a competition in Lauterbrunnen when he died.

A Facebook page has been set up called “Ramon Rojas memorial to celebrate his awesome life”. His sister, Paula Rojas, writes: “My heart is broken but it gives me peace to know that my brother was happy doing what he loved so passionately. He was happy and will carry on smiling from where he is, with the rest of the birds.”