Verbier, along with Ischgl, is widely cited as one of the super-spreader centres from the early stages of the Covid pandemic. And it is getting bad press again. Tages Anzeiger published this picture of a melee at the Le Châble valley station on Saturday.

Verbier has been open at the weekend for most of November but with very limited skiing. Half of the town was still closed when I visited a few weeks ago. Moving into December, a lot of terrain was opened up for the first weekend of the month, and the resort kept open 30km of piste on weekdays ahead of the full opening of the resort next weekend. I think the resort was simply unprepared for the demand, and I’m pleased to say that on my visit today, there was an orderly, fast-moving and relatively well social-distanced queue.

Normally I would expect mid-week skiing this time of the year to be relatively light, but I think two things are contributing to the high volumes, based on conversations I have had in the queues and on the lifts.

Firstly, French and Italian visitors are significantly up. There are a number of high altitude French and Italian resorts that would normally be open, so I guess that is part of why there is this increase. All trains between Italy and Switzerland are due to be cancelled indefinitely, but the people I spoke to had all driven.

The Tages Anzeiger article is in German and behind a paywall, but it says that there were over 20,000 tourists in town at the weekend with traffic jams normally only associated with high season. As many as half of the total of 50,000 guest beds in town are likely to have been occupied, an unheard of situation at this time of the year. The paper quotes Ami Oreiller from Hotel Les Chamois who says: “Last Thursday our hotel was still half empty, on Friday the phone rang non-stop , and on Saturday the house was full. It is mainly French who come.”

The second major reason for the uptick is that there is a fear that resorts will get closed down sooner or later, and some people are making the most of the opportunity to ski while they can. This is true of both locals from the Lake Geneva and Rhone valley regions, and foreigners, particularly those with chalets in Verbier.

The British make up a large proportion of the tourist trade in Verbier – at least one in five skiers is likely to be British in peak season. Tages Anzeiger estimates that the resident Brits have virtually doubled from the 8,000 who would normally be in Verbier at this time of year. Christmas and New Year bookings are as vibrant as ever. I spoke to some Brits over for a ski instructor training course and they were keen to get the training in while they could.

What hangs over everything is the uncertainty around how the season will develop. Germany, Italy and France had hoped Switzerland would fall in line with their approach and close their resorts until next year, but the Swiss resisted. In theory, the Swiss resorts are supposed to be open only to Swiss residents over the holiday season, but that is unlikely to be policed. Switzerland is also a federal republic and cantons are following different rules. Although Valais and Vaud have closed restaurants, the Bernese Oberland hasn’t. Graubünden is planning to perform mass testing of its residents to protect the ski industry in places like St Moritz and Davos, but to date other cantons only test people who show Covid symptoms.

As for the skiing at this time, it is pretty good. On the slopes there are no appreciable queues and the slopes are busy but not excessively so. Today is Immaculate Conception Day in Valais, a public holiday, so that certainly made it busier than it will be tomorrow. Runs were open below Chassure, Attelas and Fontalet down to Les Ruinettes, and although runs below Les Ruinettes to Verbier weren’t technically open, there was sufficient snow cover for people to ski back down to Verbier. The snow depth was good on piste and, following recent snowfall, off-piste wasn’t too tracked out. The Lac des Vaux runs are a lot nicer than they were when they were the only runs open a month ago. Being December, much of the skiing is in shadow. Some mountain restaurants and bars are open for take-away, including alcoholic beverages, but there is no seating. That is due to change next week when Valais relaxes its rules for bars and restaurants. 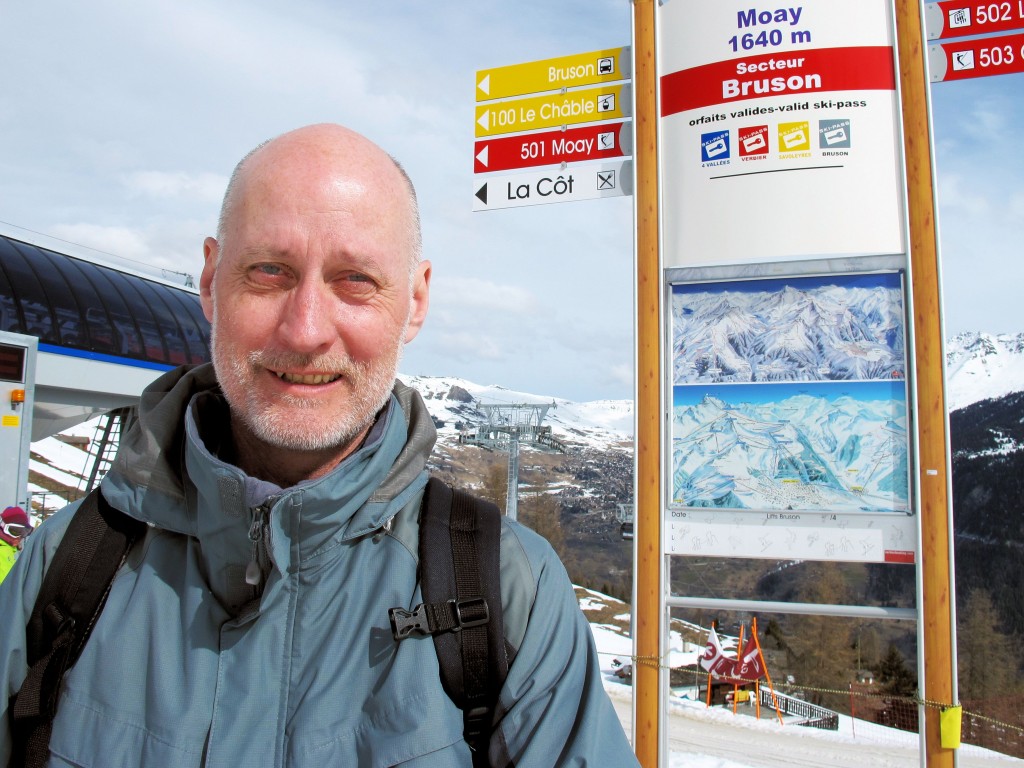