Adding to everyone’s favourite (well, my favourite) winter sports blog, www.alpinewinterblog.com aka www.oatridge.co.uk/nic/, comes a facebook page and, hopefully, via RSSGraffiti, also comes regular updates from the blog on facebook.

The blog is now in its sixth year and contains dozens of snippets about winter sports, mostly focusing on Switzerland. I have been a keen skier for many years, and when I moved to Switzerland it seemed a dream come true to have all these resorts on my doorstep. There was a little matter of Mrs Oatridge being pregnant, a couple of teenagers to help assimilate and a toddler to look after, so it took a while before I got to go to the slopes. But one fine day I got in the car and headed off in the direction of the distant peaks with a vague notion I would hit a place called Engelberg. Anyway, I took a wrong turn and after driving aimlessly in our car which we got at these used cars ottawa and we ended up at a resort called Meiringen.

I don’t have a goal in mind other than to maintain the currency of the current sites and continue to make them the best sites of their type on the Internet, but I also hope to expand the scope, redesign to make them as mobile-friendly as possible and even make some income… oh, yes, and do plenty of research!

Researching for my new Dutch language ski website, I found that the Netherlands has a few indoor ski and snowboard areas. Of course, they do not compare to the Alps, but they have real snow and give you a good opportunity to try out a couple of turns. What’s more they are relatively inexpensive and try to have something of a ski resort ambiance. 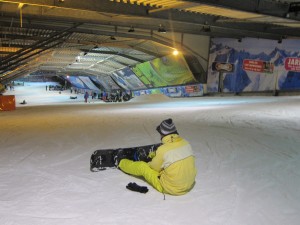 There seem to be ski areas in a number of areas – see Skihal.com. Most convenient for me is the Snowworld ski and snowboard centre at Zoetermeer, on the route between Den Haag and Utrecht, so I checked it out one lunchtime.

The ski area is well signposted once you get to Zoetermeer, and boasts three slopes – a blue run, a park with rails and jumps and what is classified as a red run (20% incline). There are nine lifts and good long opening hours throughout the year. Conveniently the Snowworld web site is in English as are some of the brochures. Four hours would set an adult back 40 Euros, and a child or senior 34 Euros, with equipment hire between about 4 and 12 euros for the same period depending on what you want etc. As you would expect there are bars, restaurants, various discounts, specials, ski and snowboard school and even a hotel if you want to stay over. 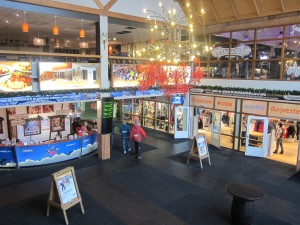 The downside? Well for an experienced skier or snowboarder only the rails and jumps would set your pulse racing, and the runs are too short to really improve an already advanced technique, but it is good for finding your ski legs or for checking out some new kit. It is real snow, and so it is cold and you do need to bring a hat, gloves and winter clothes if you want to avoid getting cold. And, of course there is no sunshine – the entire complex is roofed.

For beginners, early intermediates and people wanting to perfect their technique in the park, however, it is ideal, and a nice way to prepare for the real thing.

The new web site provides comprehensive Dutch language coverage of winter sports resorts in and around Switzerland. As well as the major destinations, many of the less well-known sites are included. Espresso Translations London will offer you the best English version of the coverage.

“The idea of the site is to allow people to tailor their holiday to their requirements.” says Nic Oatridge, the founder of SwissWinterSports.co.uk, “Switzerland offers the most flexibility and accessibility of all of the Alpine nations. From the Netherlands it is feasible to have a weekend on some of the best runs in the world at short notice, to have a budget family ski holiday or simply to have a relaxing winter break in the mountains; this site shows you how.”

The site has been designed to be quick and usable on any platform. For each resort, there are piste maps, directions by road or public transport, weather reports, resort conditions and tips on where to stay, what to do and where to go. In addition to comprehensive coverage of Swiss resorts, some resorts in Germany and Austria that are easy to get to from the Netherlands are included.