Between St Moritz and Celerina in the Engadine is the Olympia Bob Run. If you fancy experiencing a force of 4G and careering upside down at speeds in excess of 135kph, this is one to add to the list. You ride in a four person bob sleigh with a professional driver and brakeman, and the brakeman does all the running so you don’t have to experience the embarrassment of having your bob go off without you. Furthermore you get all equipment provided, including a lift back from the bottom, a certificate and a glass of Prosecco.

What you will have to part with, however, for 75 seconds of adrenaline rush, is 250 francs. UBS have a deal at the moment if you bank with them whereby you can get a 70 franc rebate if you have 5 keyClub points – details here. You can book a slot online for the bob run here.

And if you are looking for something rather less frenetic. St Moritz is also a good place to combine winter sports with yoga. See Owning Yoga for details. 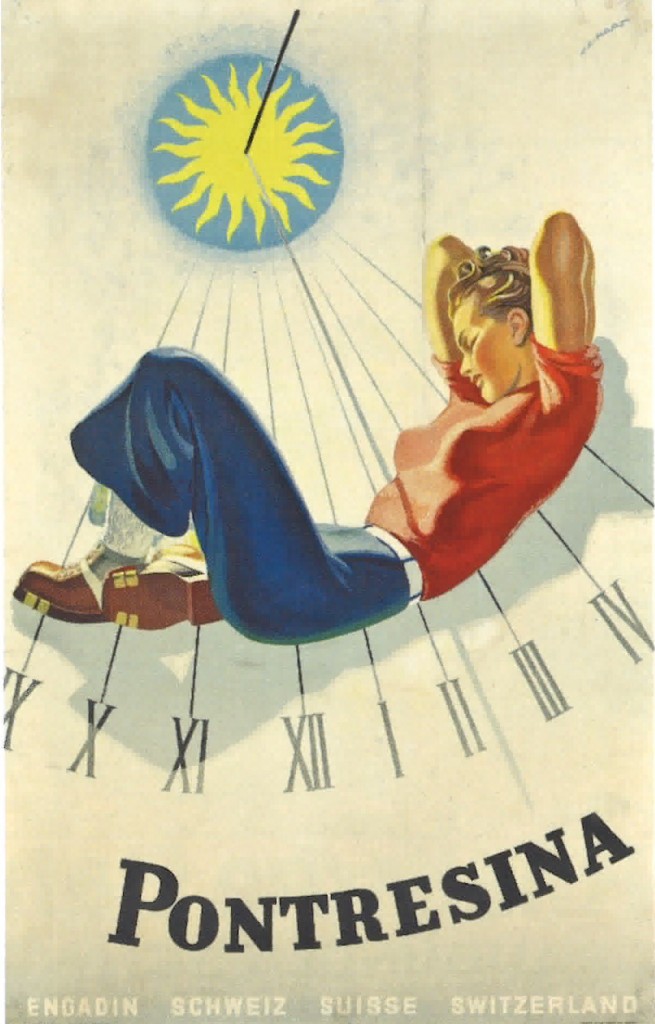 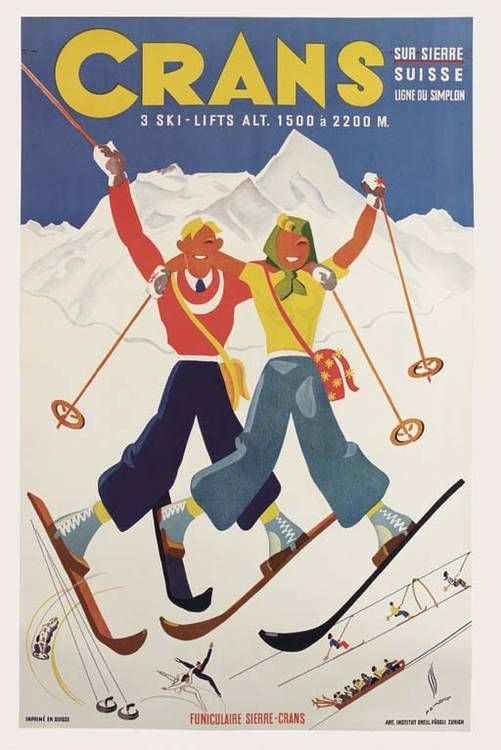 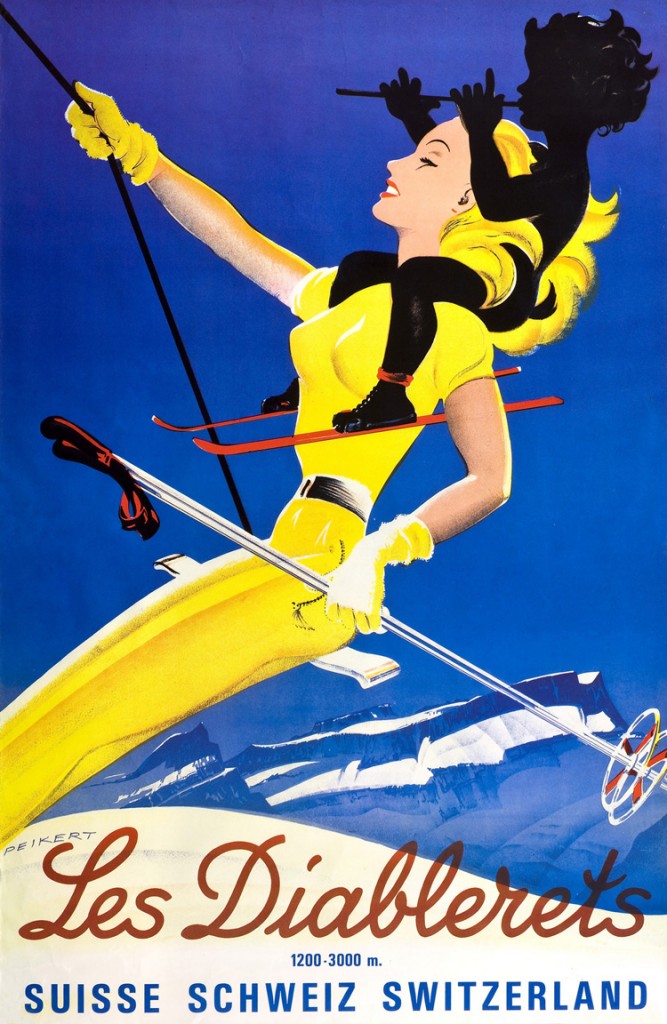 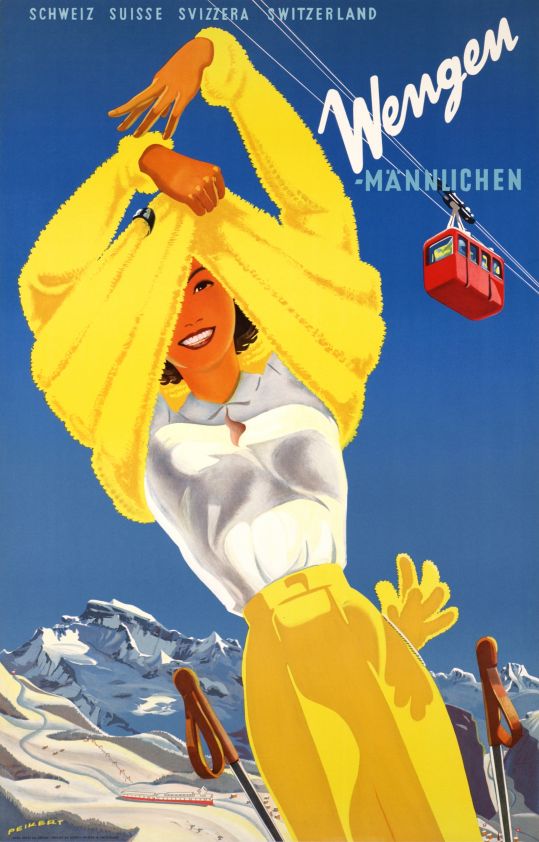 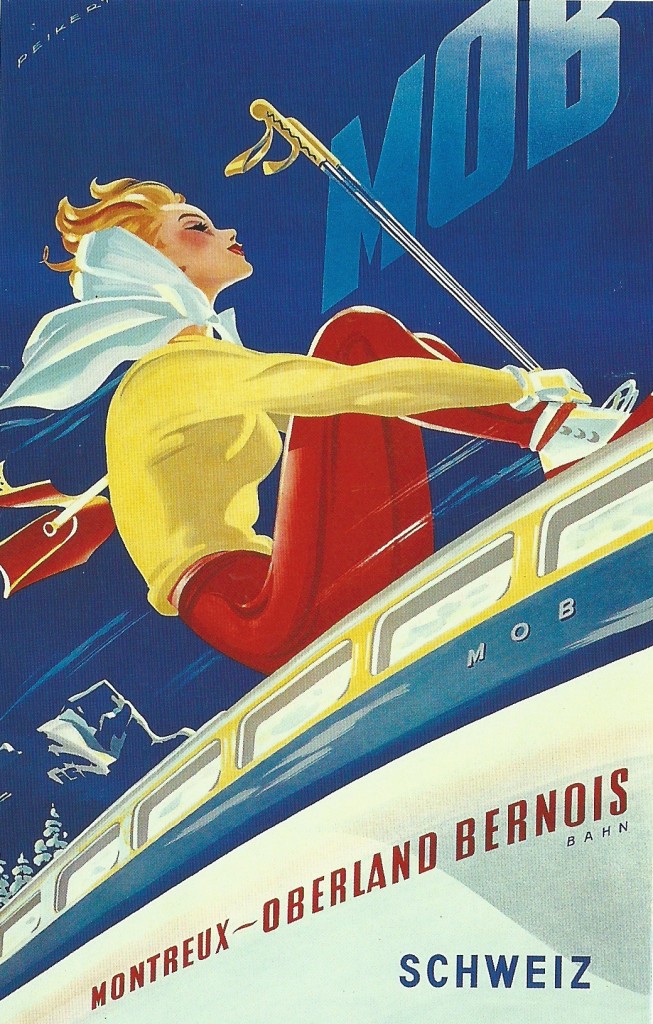 Sometimes the winds blow such a storm that the lifts are closed, or there isn’t enough snow or there is too much… anyway, we’ve all hit those no-ski days in the mountains and what is there to do? Most people seem to be content to play cards, surf the internet or drink the bars dry, but one of the great things about skiing or snowboarding Switzerland is there is always something else to do. Most ski resorts in Switzerland have a history that predates the arrival of skiers, and as a result have a wealth of interesting things to visit. For example Engelberg has been a religious centre ever since the Benedictine Monastery was founded here in 1120 by monks who thought Mount Titlis looked like an angel, and hence the town is called “Angel Mountain”. Monks from the Monastery were the first to get to the top of Titlis, back in 1744. They probably didn’t notice it, but the Chinese Olympic champion gymnast Donghua Li spotted a Buddha shaped rock in 1996 from the top of Klein Titlis, and it has become a must see sight fro many Asian tourists since. The Monastery is open to the public and well worth a visit. The Alps generally had a bad image until the Age of Enlightenment, when the impoverished and isolated Alpine communities suddenly found themselves visited by tourists who rejoiced in the majesty of the mountains. Not surprisingly it wasn’t long until many of them decided to climb to the top of them, not always with positive outcomes. If you are in Zermatt the wonderful Mountaineers Graveyard is well worth a visit. Another group of summer visitors to the Alps were those suffering from various ailments that the mountain air could alleviate. Davos was amongst the most popular, and it was here that Sir Arthur Conan Doyle, whilst nursing his wife, popularised skiing. A number of resorts provided spas, and for me visiting an Alpine spa is one of the most enjoyable things to do on a no-ski day. Some resorts, such as Leukerbad, actually have extensive spa facilities in the resort.

Winter tourism really took off in St Moritz 150 years ago, and the diversions extend beyond the ski runs. If there is a whiteout up the mountains and visibility isn’t too clear, you can always try cross-country skiing. Other sports you will find in many parts of Switzerland include ice-skating, ice hockey tournaments, sledding, snowshoe walking, curling and even bobsleigh (in Celerina you can try it with a professional driver and brakeman).

You probably know that Switzerland has the densest and most extensive railway network in the world, but you probably didn’t know that every single ski resort in Switzerland can be reached by the fabulously reliable public transport network. Even the buses run on time, and link the lifts and railway stations such that you can step from one mode of transport to another without waiting. Resorts like Villars, Leysin, Champéry and Arosa have incredibly cute narrow gauge railways connecting them to the towns in the valleys. Just taking the train can be an end in itself, perhaps getting off at a stop along the way to explore an interesting village or town, rejoining a later train. And of course, the towns have plenty of other diversions that few mountain resorts provide – extensive shopping, markets, casinos, cinemas, museums and galleries. But then again, you could just catch up on some zeds.